Desalination and how to Reduce CAPEX/OPEX with Advanced Pre-filtration? 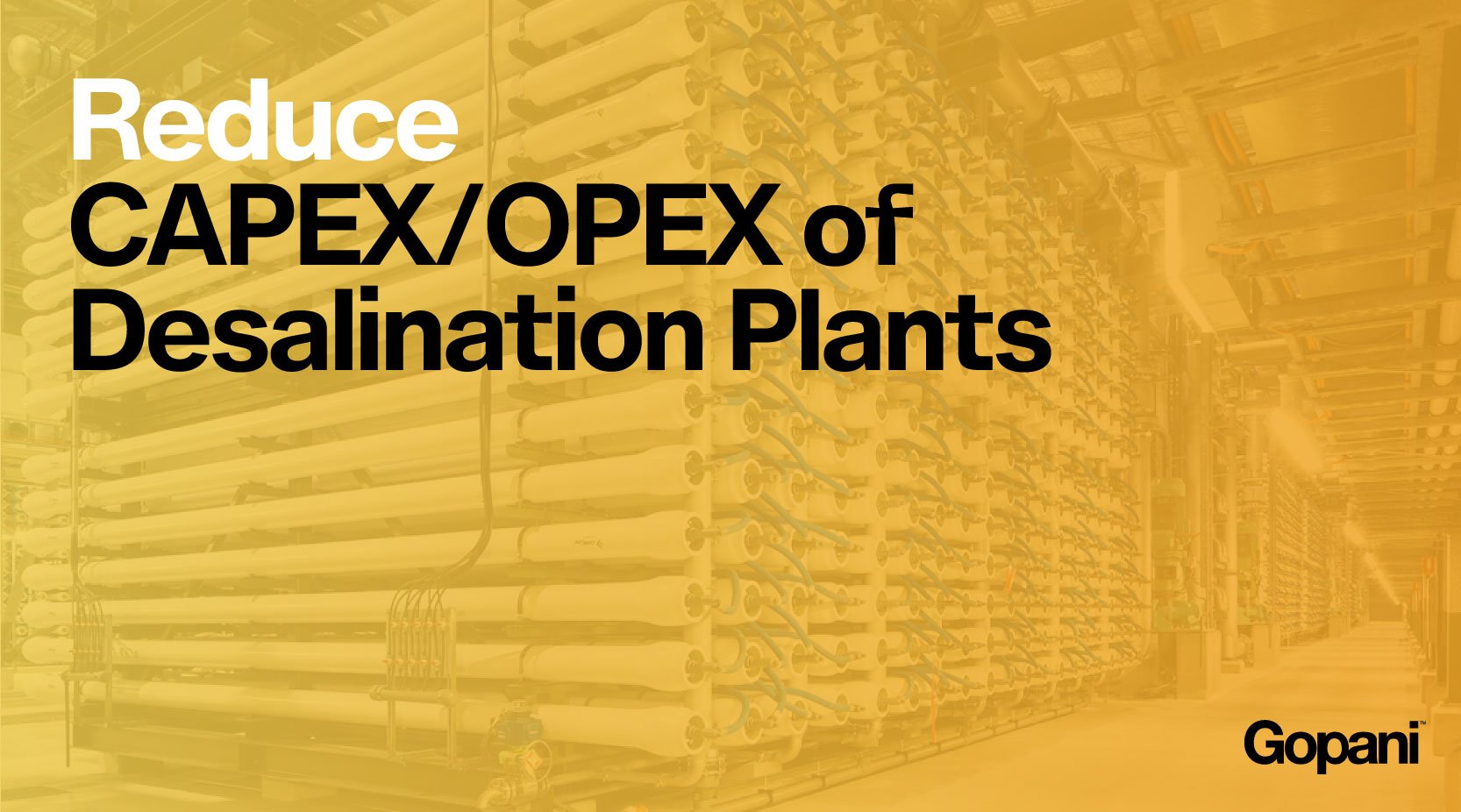 Urbanization, population growth, excessive pollution in water catchments, and wastage of water has led to a scary decline in freshwater resources. Now, as whatever freshwater is available must be utilized for human consumption and utility, it is important to explore alternative water sources to fulfill the demand of water for industrial use. In this scenario, the uptake and popularity of using desalinated seawater have increased.

Today the production of desalinated water is nearly 95.37 million cubic meters per day. If we go back in time, a few years ago, desalination was popular mainly in the Middle East. But today, it is used across the world in countries like UAE, Saudi Arabia, Oman, Spain, Cyprus, Portugal, Greece, India, Italy, Japan, etc.

But Desalination is Expensive, and it is also an Energy Hog!

Solar energy powered desalination plants look like a very promising alternative; however, the development of this technology is still at a nascent stage.

The most commonly used membrane technology to treat saline water is RO membrane technology. Now, the RO membranes used to filter the salts from water are extremely costly. If they get semi-clogged/clogged, they start guzzling energy. One alternative is - to extract water from deeper into the sea, where contaminants are less – sure. But, the cost of water extraction from the deeper sea is highly expensive.

So, while we wait for some better alternatives that make desalination cheaper and greener, it is important to make sure that the existing processes are optimized to reduce costs, become energy efficient and produce less waste.

RO membrane fouling is one of the top challenges for desalination. When the RO membranes cake or clog, they can no longer be used for filtration. As a result, the entire RO module has to be discarded and replaced with a new module. These modules go directly to the landfills, and the disposal adversely affects the environment. Frequent changeouts mean frequent downtimes, higher disposal costs, and a higher need for resources. Hence, it becomes crucial to reduce the number of changeouts, leave a smaller footprint, and improve the ROI.

So How can the problem be solved?

Seawater near to the shore remains highly concentrated with contaminants like salts, oil traces from spills and leakages, bio-waste, and solid waste. Now all this waste settles on the membrane and clogs the surface. Often bio-waste like algae and larvae mature, breed, and spread on the membranes. The expensive membranes then clog faster than intended. As a result, they not only use more energy for filtration but their lifespan also drastically decreases. Mining water from deeper into the ocean is a possibility, but the process is costly and hence does not serve the purpose. An effective way to protect the RO modules and prevent membrane clogging is by introducing another layer of prefiltration by looking in a cartridge filter as the last line of defense.

After all the filtration layers are exhausted, a Cartridge Filter is looped right before the seawater is transported to the RO modules.  The string wound cartridge filter removes all the remnants of solid waste, bio waste, and debris and filters several other contaminants from the seawater. Commonly desalination plants use a sand filter as the last layer.

However, the sand filter removes particles only up to 10-25 microns. If we loop in a Cartridge filter as the last line of defense, it can remove contaminants up to 5 microns. After microfiltration, the water that goes into the desalination plant contains only salts. By adding a String Wound Cartridge Filter right before the RO membrane filtration, reduces the stress of filtration on the membranes. The RO membranes have to filter less and hence remain in better health for a long time. The need for maintenance also decreases, and hence maintenance cost comes down. As the changeouts are less, there is less waste dumped in the landfills. The desalination plants leave a smaller and greener footprint. If there are frequent changeouts, then there will also be frequent downtimes and more consumption of work-force and manual labor.

If the RO membranes last longer and filter better, then all these costs can be saved in addition to the cost of an RO module replacement itself.

We have seen a lot of research, innovation, and development in RO membranes. However, there is no significant innovation in the pre-filtration technology.  Gopani is doing its share by leading innovation in prefiltration products and solutions.
The Clarywound 3X enables highly efficient prefiltration. It protects the RO modules from fouling and increases the service life of desalination plants. The premium-grade variant from Gopani is genuinely priced, has a compact design and a greener footprint.

Putting Innovation in Filtration Since 1993

Gopani is an ISO 9001:2015 Certified manufacturer and distributor of world-class filtration, purification, adsorption, and separation solutions. With Innovation at its core, the company develops next-gen filtration products and systems to solve all process-related challenges that the customers face.

Get Your Free Quote

Have a question for us?